With regards to transportation, we often think we went from carriages to steam railways in one single step. As a matter of fact, there is a “missing link” between carriages for the road and steam railways: the horse-drawn railway. It was first used in collieries, but soon passengers were transported, too.

In Britain, the first horse-drawn train for passengers ran from October 1825, between Stockton and Darlington. The Stockton to Darlington horse-drawn train was comparatively fast: it took 60-70 minutes to travel a route of 19 km. The fare was 1s for a seat inside the carriage. Passengers traveling on the outside paid 9d. The luxury coach, Express, ran from April 1826 and charged 1s 6d for travel inside. About 30,000 passengers were carried between July 1826 and June 1827. 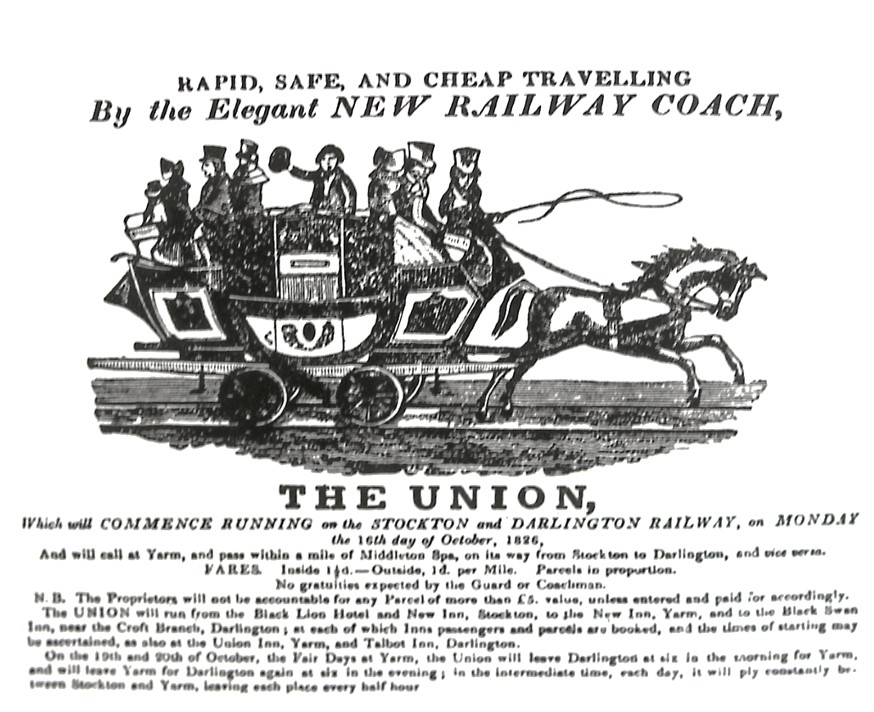 Advertisement for the first horse-drawn railway in Britain

On the Continent, one of the first horse-drawn railways was opened in 1827 between Linz – Budweis. At that time Linz was an important trading point connecting several shipping routes along the rivers Danube and Moldau. Originally, the railway was used to transport salt.

Passengers were allowed from 1832. Interestingly, pleasure rides and sightseeing tours were first offered to the customers. The carriages seated either 8 persons or 16 persons. Regular passenger traffic started in 1836. In 1840 1,000 passengers used the horse-drawn railway, rising to 16,000 passengers in 1848. 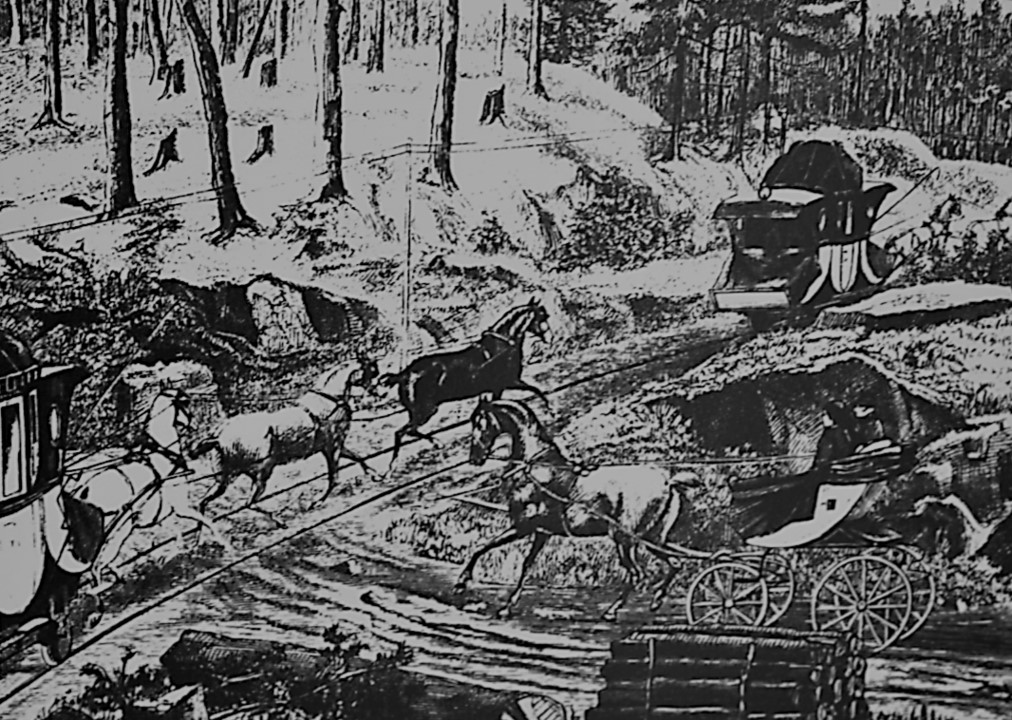 The horse-drawn railway Linz – Budweis with passengers / sketch by A. Krúzner

Traveling on the Linz – Budweis horse-drawn railway was not significantly faster than going by regular carriage. This was due to the ascending terrain that had to be covered. It was, however, much more comfortable, and much safer: railway tracks had fewer bumps than roads.
The journey of 119 km  was completed in 14 hours. The average speed was 10 -12 km per hour. 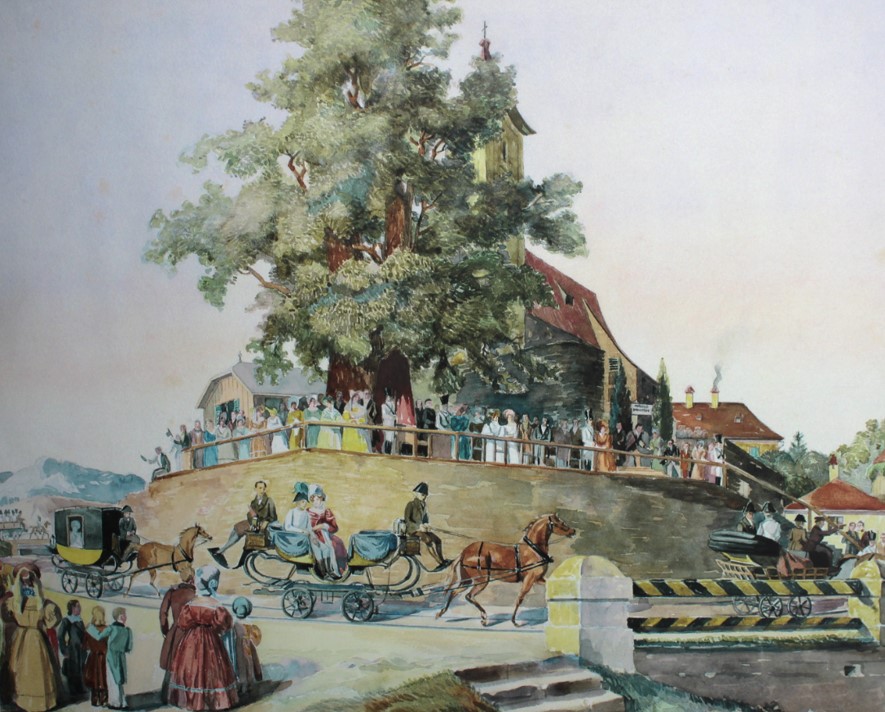 Inaugurating the Linz-Budweis line for passengers in the presence of Emperor Franz I. and Empress Karolina Augusta

Railways transporting goods had precedence over passenger trains – as some travelers were to learn:

Some kilometres before we arrived in Lest our journey was unpleasantly interrupted by a railway train loaded with wine barrels. Since it was a single-track route – and we didn’t want to drive back to the last passing point – we had no other choice than to lift our carriages from the rail track – hand in hand with the coachman – and let the opposite train pass. 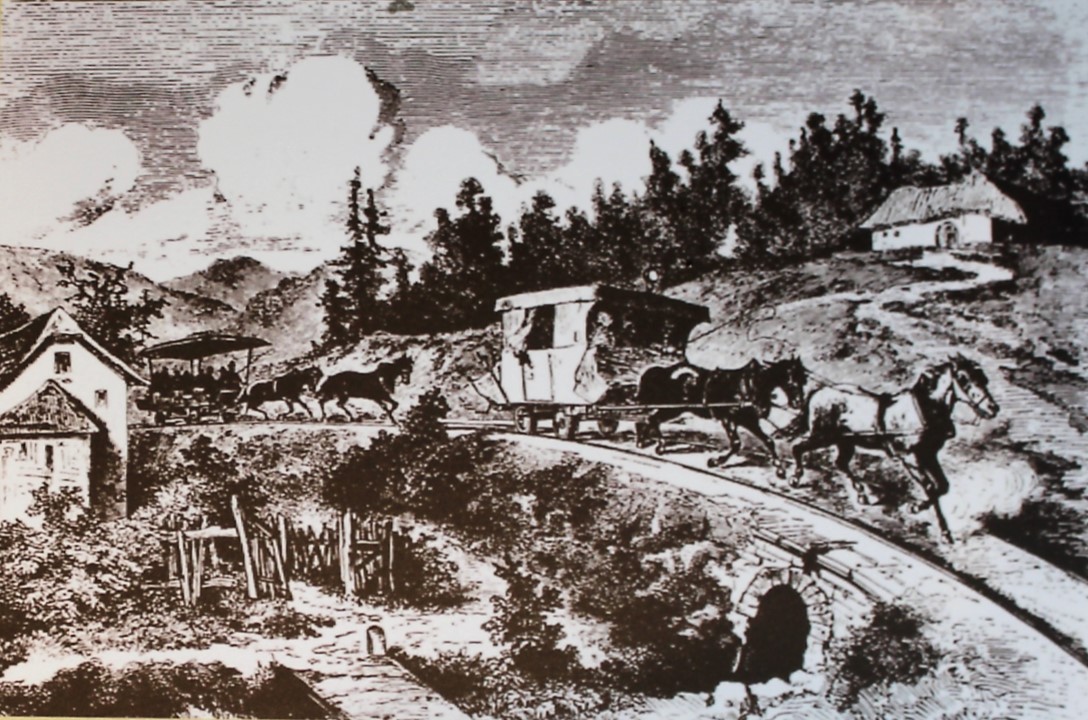 On steep gradients, a team of four horses pulled the carriage instead of one.

The first German railway, the Bavarian Ludwig Railway, connected Nuremberg and Fuerth from 1835. Here, horse-drawn trains travelled next to a steam-train. While the horse-drawn railway ran every hour, the steam train (with a locomotive made in Britain by Stephenson) ran only twice per day, due to the high cost for coal. 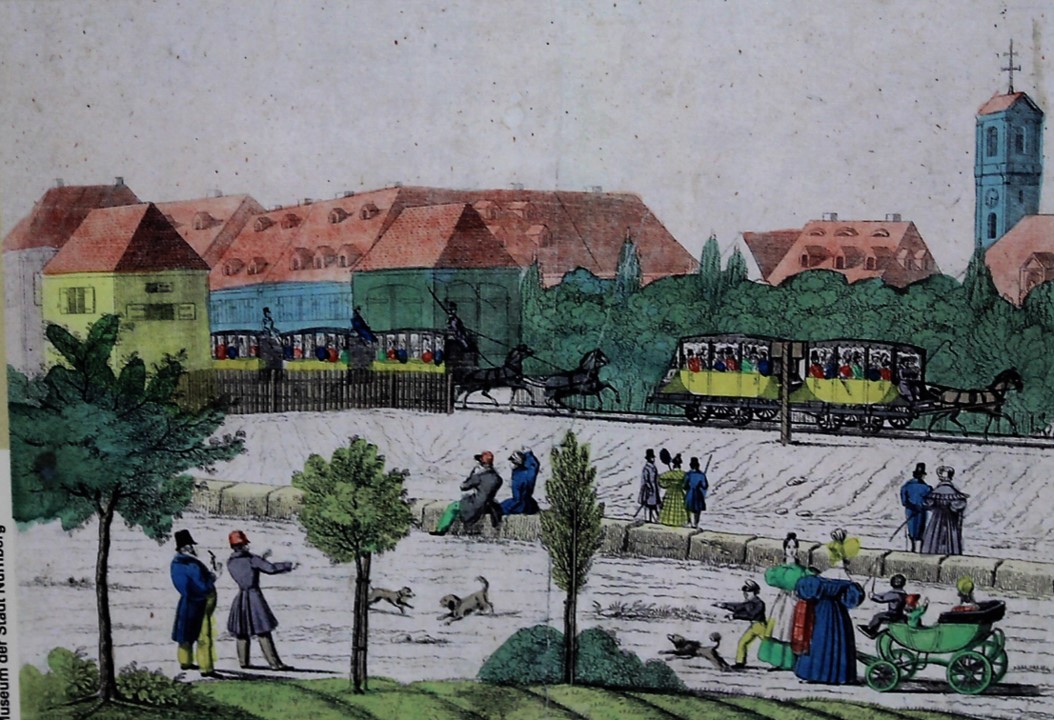 The horse-drawn railway between Nuremberg and Fuerth ran next to the steam train.

The first public horse-drawn railway on the Continent was the Saint-Étienne – Andrézieux railway, granted by order of King Louis XVIII in 1823. It was eighteen kilometres long, and opened in 1827 to transport coal. Passengers were transported from 1832.

Other horse-drawn railways on the Continent ran between Essen to Wuppertal (Prince William railway), between Prague – Lana, and between Givors – Rive-de-Gier. 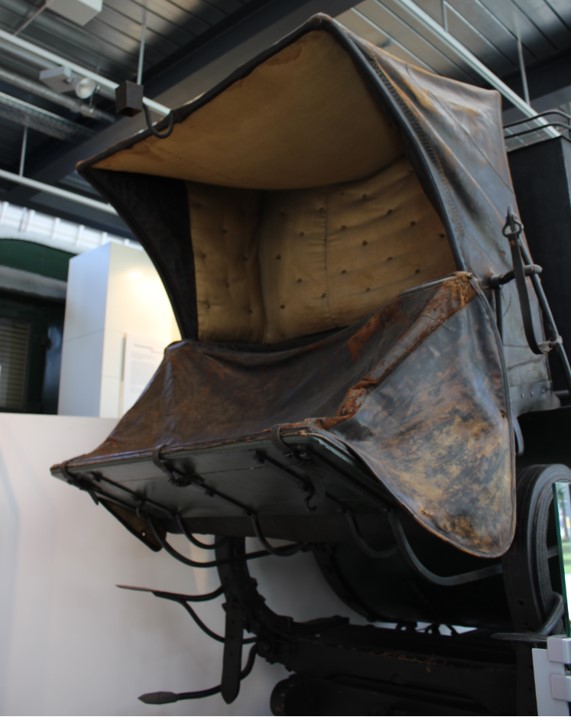 The coach body was similar to the mail-coaches, but wheel and axle were set on pivoted bolsters and connected diagonally to steering rods. 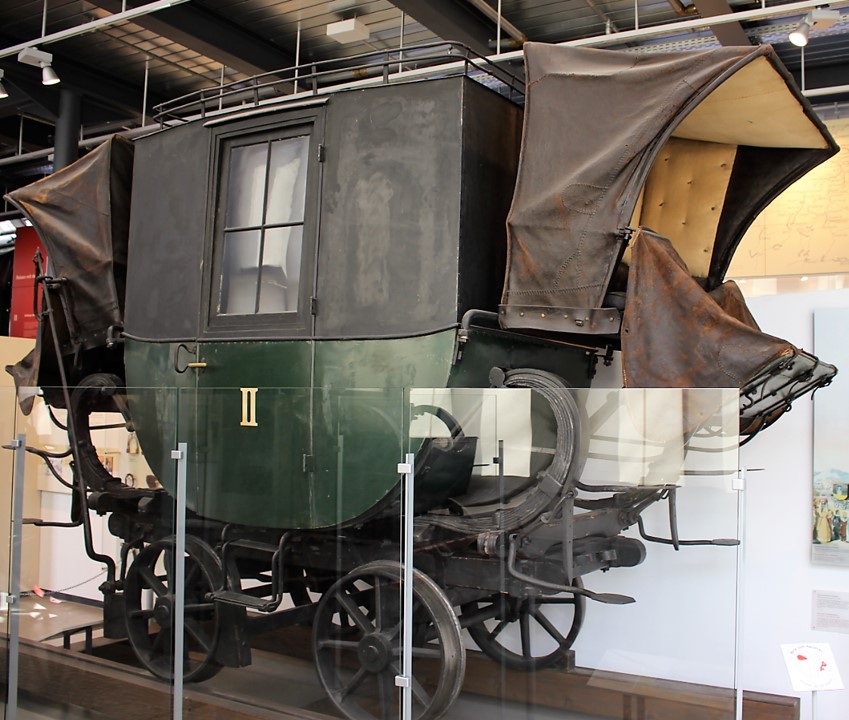