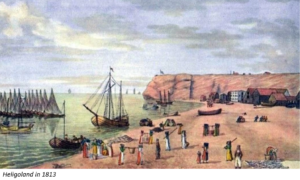 After a ball at the Dolphin Hotel in Southampton in December 1808, Jane Austen – proficient as ever in summing up a gentleman’s potential as a spouse – noted that Corbet James D’Auvergne was both a captain in the Royal Navy and a ship owner. The remark might have been a joke about husband-hunting, but the Captain was indeed a good catch for a lady looking for hero-material in her husband. Besides, he was still single. Any lady furthering her acquaintance with him should know, however, that he had his hands in large-scale smuggling.

Jane Austen and the Navy

When Jane Austen lived in Southampton between 1807 and 1809, the town was a hive of war time activity. Jane got in contact with officers of the Royal Navy, most of them friends of her brother Frank. She would dance with them at balls and admired the “striking black eyes” of one of them as she reveals in a letter to her sister Cassandra. Captain Corbet James D’Auvergne must have been a closer acquaintance. That Jane mentioned him twice in her letters to Cassandra, without further explanations, indicates that the Captain was well known to the Austen family.

The career of Captain D’Auvergne

Corbet James D’Auvergne (1767-1828) was born on the isle of Jersey and made for a life at sea. He joined the Royal Navy, was appointed Lieutenant in 1794 and served the crown by chasing French ships. By 1807, a major step in his career was about to unfurl.

Some background information before we go ahead: In 1806, Napoleon had started an embargo against English trade, the so-called Continental System. He aimed to weaken the English economy. As a consequence, British merchants looked for new markets and new ways of trading: They started to smuggle their goods to the continent. The British fleet supported this trade. In September 1807, they seized the small island of Heligoland (total area: 1.7 sq. km.) from the Danes with certain ideas how it could be used.

This is where D’Auvergne comes in. He was the First Lieutenant on the Majestic that captured Heligoland under the command of Admiral Thomas McNamara Russell. D’Auvergne was part of the team negotiating the island’s capitulation. Successfully returning from his mission, D’Auvergne was appointed Acting Governor of Britain’s smallest colony. 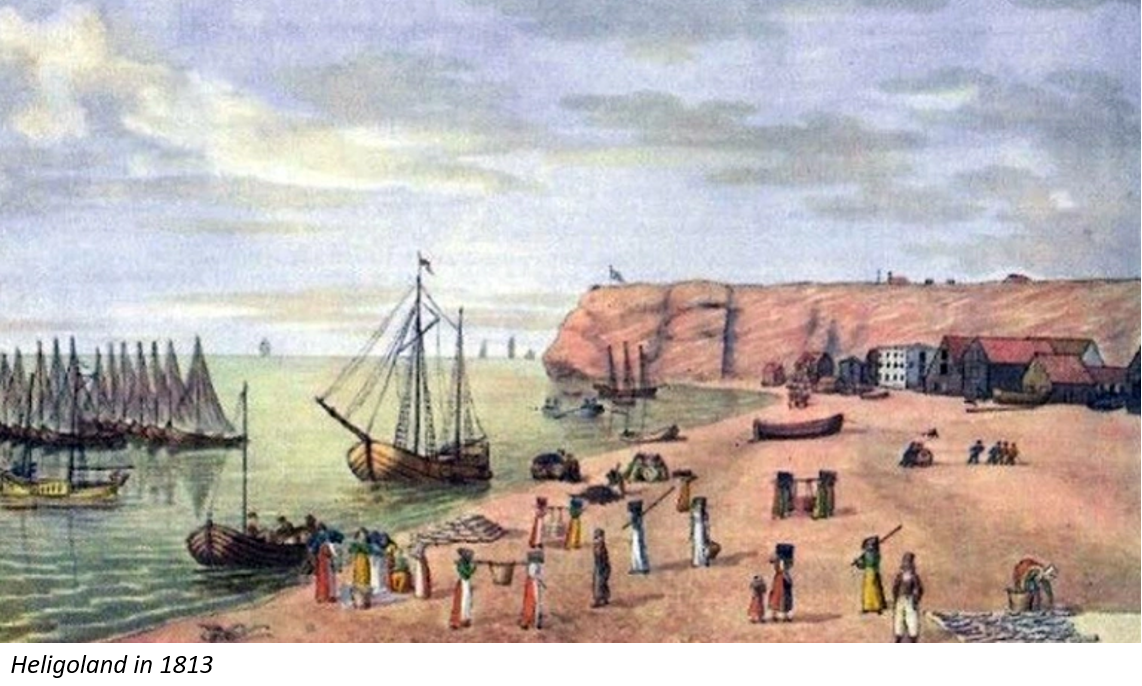 He was the perfect choice for the job. Not only was he zealous, had an excellent judgment and pleasing manners. He also was a kind person, able to treat the freshly colonized islanders with respect and to reconcile them with the new situation. He organized food supply for forty desperately poor families only a few days after he had taken over his position as Acting Governor. To bring the islanders through the winter of 1807, he shipped in rye, potatoes and beef from England.

A special place of trade

There was more good luck in store for the people of Heligoland. In November 1807, their Acting Governor granted some London merchants the right to export British manufactured goods to Rostock via Heligoland. By 1808, more than 200 merchants and agents had settled on Heligoland. The islanders would let land and storage for the goods as well as rooms for accommodation, and the merchants readily paid every price the islanders asked for. Moreover, about 300 Heligoland boatmen carried out the dangerous smuggling trips and were well paid for it. Little wonder D’Auvergne was presented with a silver teapot by senior islanders when he later left Heligoland.

All in all, products worth of £ 8,000,000 were transferred through Heligoland each year from 1808 until the end of the war. While British goods such as coffee and sugar were smuggled to Germany, vast amounts of corn from Germany reached England through Heligoland. The weather-beaten rock in the North Sea had become a centre of smuggling and by this had a key role in defeating Napoleon’s Continental System.

Dunes of Heligoland by Morgenstern, 1854

Seeing through the uniform?

In the Regency, the worlds of men and women were separate. A lady who met Captain D’Auvergne at a ball would not necessarily have known that there was more to him than an own ship and a commission in the Navy. She might not have suspected that she danced with a man who was the head of a smugglers’ island. However, a clever woman like Jane Austen, who read the newspapers and was a good observer of what was going on, could have known. And if she had any love of adventure in her, she would have found the encounter with him at least as romantic as the striking dark eyes of any dance partner. 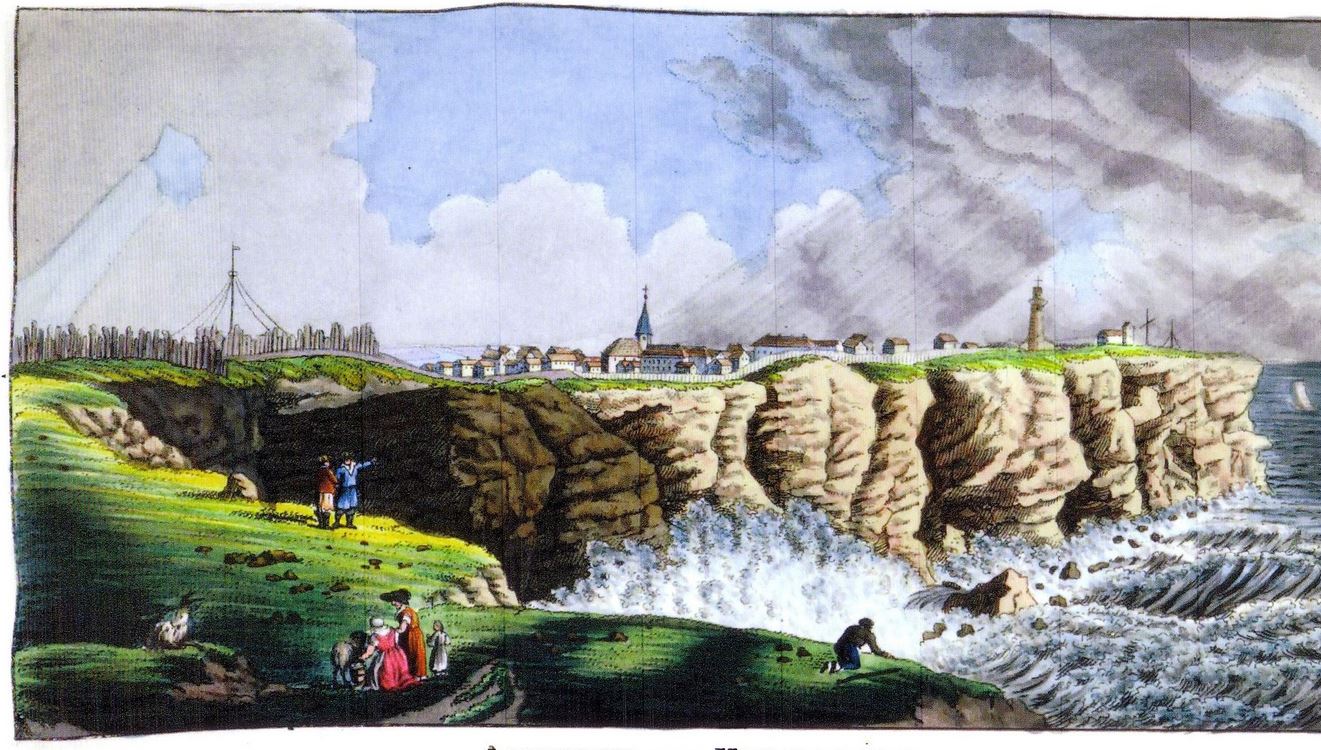 Drower, George: Heligoland: The True Story of German Bight and the Island the Britain Forgot; The History Press, 2002.