The Château de Valençay is located in Valençay, a village in the Loire Valley, France. It is kept in the style of the early 19th century, its heyday. The Château is one of the best furnished palaces of the Loire Valley, well worth a visit. Don’t stop at marvelling at the splendour of the rooms, though. Go on and have a look at the kitchens: They were for several years the territory of the famous Marie-Antonin Carême, the first celebrity chef, making Château de Valençay a genuine destination for gourmets.

Here are some photos of upstairs and downstairs (click to enlarge) : 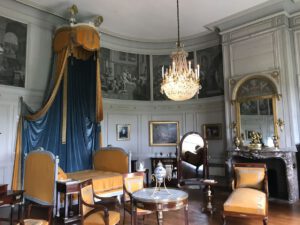 The King of Spain’s bedroom. The bed was specially made for Ferdinand VII.

Antonin Carême (1784 – 1833) cooked at Château de Valençay for foreign dignitaries from many countries. The Château’s owner, the diplomat and gourmet Charles Maurice de Talleyrand, entertained here at the explicit wish of Napoleon. But not all guests came voluntarily to the Château: The Spanish royal family had no choice but to stay from 1808 to 1814, while Napoleon’s elder brother ruled Spain.

If King Ferdinand VII of Spain was not happy at Château de Valençay, Antonin certainly was. Talleyrand was a veritable gourmet, the ideal patron for every passionate cook. Antonin felt truly appreciated: Each day, the plans of dinner were discussed for a full hour. He had his own vegetable garden, and water was brought to the kitchen by a hydraulic pump. For this luxury, Ferdinand of Spain had to pay the considerable sum of 200.000 francs (nobody said great dining in France was cheap).

The Spy with the Saucepan?

Talleyrand was the first benefactor of Antonin – and he was the one person, Antonin was always faithful to. It is even said that Antonin worked as a spy for Talleyrand, relaying information he overheard at stately dinner tables all over Europe, from the courts of St Petersburg and Austria to the house of the financial élite, the Rothschilds. Biographer Ian Kelly however sees no proof of the Chef turning spy. Personally, I like the idea of Antonin the spy as a plot for a novel.

Who was Antonin Carême?

It ‘s one of the much-loved stories of the gourmet world that the first celebrity chef was born to a poor family and at the age of 10 left to fight for himself in revolutionary Paris. In search of a job to survive, Antonin knocked at the first door he came across: the door of a simple tavern. He was at once employed as a kitchen help. Antonin had talent for cooking. Aged 17, he was apprenticed to Sylvain Bailly, the greatest pâtissier of the day. There, he soon excelled with his elaborate architectural pastry pieces. As Bailly’s catered to high society balls and state banquets, Monsieur Talleyrand noticed and tasted Antonin’s work and employed Antonin. He continued to learn under Talleyrand’s chef, and eventually outshone his teacher. Antonin cooked for many important occasions, among them Napoleon’s wedding in 1810 (he was, however, never Napoleon’s chef as some sources claim) and the feast held for the First Bourbon Restoration in April 1814. 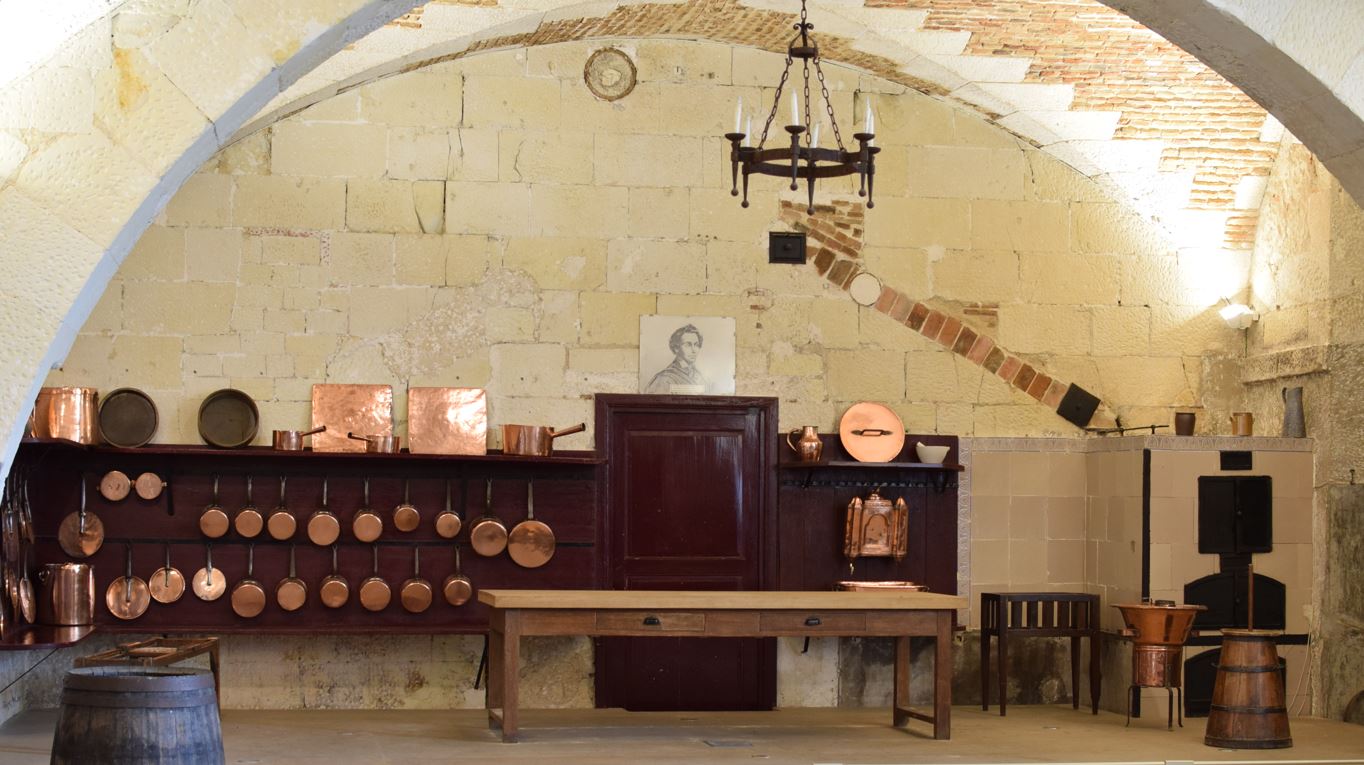 Many of the dignitaries Antonin cooked for tried to win him over. However, Antonin refused every offer – until Jean Baptiste Watier (founder of the “Watier’s” club in London) visited him. He persuaded Antonin to work for the Prince of Wales. A fantastic salary of 2,000 pound (compared to 80-120 pound a good cook usually earned at that time) helped to lure the most famous French chef away. Antonin worked at Carlton House in London and the Royal Pavilion in Brighton from 1816 to 1818.

For Antonin’s arrival in England, the Prince Regent spent 6,000 pounds on kitchen equipment for the Royal Pavilion. The kitchens became part of the Prince’s tour of the house for his guests. The modern improvements for bringing cooking to perfection, such as a steam table to keep dishes hot for serving, where proudly shown.

Antonin adored the lavishly exotic architecture of the Royal Pavilion and was very impressed by the Gothic Conservatory of Carlton House, in which splendour some of his banquets were served. He also approved that the Royal Table always being served à la française (serving all dishes of a meal at the same time), not à la russe (dishes are brought sequentially and served individually; the style we know today).

However sophisticated equipment and kitchen were, Antonin’s stay in England was not a happy one (you will find out why in a minute). He returned to France in 1818 – though even he had to admit that the quality of the beef in London was much higher than in Paris, as he jotted in his menu journal.

Make Antonin Carême a character of your novel

Antonin Carême is great to use as a minor character in your novel, if you would like to include aspects of the art of cooking or the life downstairs to your story. However, Antonin would work only in the most noble or rich houses. Here are some more facts about him:

A Time Traveller’s Adventure: At the Opening of Norfolk House