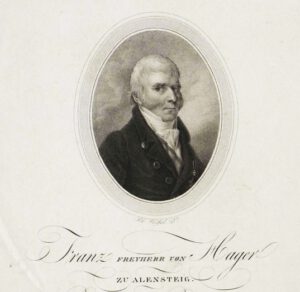 Your Police Ministry is already running a well-working network of agents. But obtaining intelligence about each and every occurrence of the Congress is a huge task. Thousands of foreign delegates have to be spied on. You also need to know what they do with their money.

Enlarging the network of spies

You recruit agents from all social classes:

The servants’ role is especially important. It is their task to eavesdrop on their new masters and to find ways to “borrow” letters and documents to have them copied. You instruct even the servants of the Imperial Palace to spy on the high-ranking guests staying at the Hofburg, such as Tsar Alexander.

You monitor the bankers of the city to check the sums of money passing through their financial institutions. Are the foreign visitors doing suspicious purchases? Are they bribing somebody? Are they exchanging cash into foreign currencies?

Extra staff is needed in the postal service and the decoding offices in Vienna. They have to be trained to intercept letters, decode them and to compile the information into daily reports. These reports are only for the eyes of the Austrian Emperor and of Count Metternich, the chairman of the Congress.

You manage to infiltrate the household of Lord Castlereagh, leader of the British delegation, and find out where he keeps his private letters. You can also plant a couple of servants at Talleyrand’s house, but the French diplomat is too clever for you and too protected by his own staff. Your servant-spies never get their hands on useful information.

You notice that tsar Alexander regularly visits Madame Schwarz, the wife of a banker. He even gives her a valuable pearl necklace. You think there is something indecent going on – until you find out that Madame Schwarz, her husband and Alexander deposit and withdraw large amounts of cash from various Viennese banks. To you, this looks suspiciously like a scheme to undermine the Austrian currency.

You know about every scandal in town:

Zamoyski, Adam: Rites of Peace: The Fall of Napoleon and the Congress of Vienna; Harper Perennial, 2008.